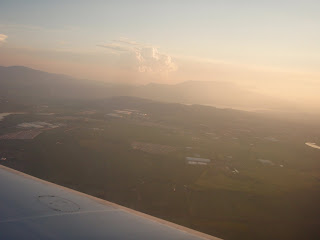 Heading south of the border for Xterra Mexico in Tapalpa with no idea of what to expect but hoping for a fun time and grand adventure.  It certainly started off as an adventure with and early morning phone call from Will saying oversize luggage is under an embargo and not allowed on the flights to Guadalajara.  A quick check of the airline policies confirmed this and was wondering if this trip was going to be over before it even started.  Made the trip to the airport to just make sure and checked in with no issues and even asked if there was going to be a problem and they said everything would be fine to get the bike down there.  Travel can't be perfect all the time so one of the engines wouldn’t fire and a part was going to have to be flown in from Dallas.  So after deplaning and a quick phone call to the airline for rerouting to Guadalajara the day would be enjoyed at the Colorado Springs and Dallas-Fort Worth airports.  Arriving seven hours later than planned meant a email to the race organizers who arranged hotel for the night before getting on the shuttle the next day to be taken out to the race site.  Thankfully once in route though it was smooth sailing and all the luggage made it as well.

The transfer was entertaining as well driving up the mountain road provided some spectacular views and edge of the seat excitement wondering if we were going to meet other cars head on.  A few circles were driven around Tapalpa before narrowly squeezing between a building and guard rail and after believing everything was in the clear, a quick slip of a tire and half of the running board on the truck was ripped off and a fresh dent was added.  The arrival to Valle De Lago where T1 and the accommodations were was a welcome and surreal sight at El Solario a picturesque little Villa. 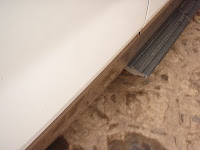 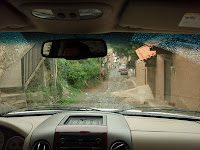 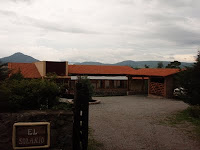 After getting settled, building the bikes and a fantastic lunch a pre-ride of the course was in order with Will and Karsten.  It began dry and clean and ended wet and muddy but was very enjoyable after riding the suspension bridge, climbing over and through gates, sliding through corners, dodging smaller puddles, plowing through the unavoidable ones, enjoying a drizzle and fording small streams and creeks. 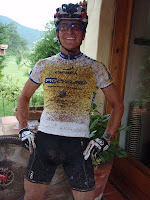 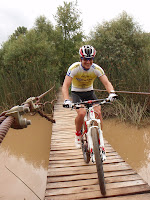 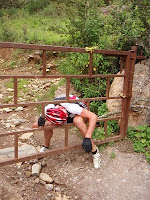 The days at Valle De Lago were sublime, prepared home cooked meals, shared with great friends and the most incredible hosts, Santiago and Erika and some of the Xterra Mexico crew.  A quick swim in the lake and a trip to Tapalpa to check out the run course and grab some fresh homemade ice cream filled the last day before the customary gear prep for the race. 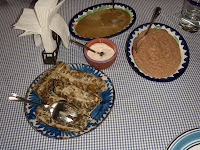 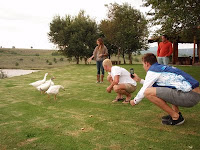 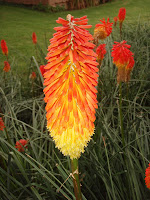 The swim was a two loop in water affair and although the water was warm enough to go sans wetsuit it was not to be and it made the end of the swim toasty. 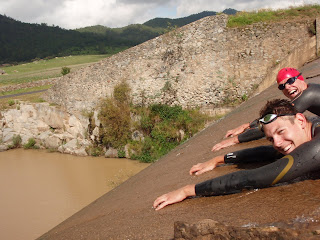 The race was at around 7000ft so there was no hard charge off the line just settling into a good pace unfortunately it was not good enough to get on to Seth’s feet.  Leaving transition about 30 seconds down from Seth and over a minute from the leader Perez the game was on to catch up.  About 4 miles in Seth made a slight error on the course and the lead trading began.  A couple miles later going through a small stream crossing there was a clink of a rock on metal followed by a rhythmic clinking signaling that a spoke had broken just the ascent of the steepest climb had started.  At the crest a quick stop to wrap the spoke around its neighbor and Seth led by a small margin. 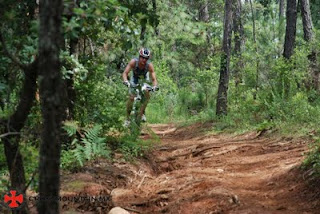 After ascending a bit more the metallic clink was back and another stop was called for to adjust the spoke so that the bike and other components would not be marred and cause further difficulty.  Now even further back from Seth, the chase was in earnest as the gap would need to be in the other favor if a win were possible.  After reaching the climax and with no idea of how much time Seth had gained, the downhill was the best shot of a comeback.  A Conrad style imitation of the downhill was the best approach and it paid its dividends as Seth was back in view once the road straightened out.  After the catch and working together for a few miles, there was a decision to either try to hit a bridge that had yet to be ridden or to drop down and ford the last creek.
Seth went for the bridge, unknowingly to both the gate was closed and he was now chasing in the closing miles to transition.  Weaving through traffic on open roads into Tapalpa made things interesting and after a quick change to the run the hunt was on.  Seth made up ground fast and after a short battle up the steepest climb, he got the gap and took it home.  There were hopes that the downhill would equalized things again but it wasn’t to be and the days effort and the mental fortitude of not giving in when things didn’t go perfectly was victory enough crossing the line in second.

Huge thanks the Xterra Mexico Staff, Santiago and Erica for making the trip we couldn't have done it without you, can't wait to come back.
Posted by Unknown at 10:25 No comments: