After the travel and races in Argentina, Chile and Costa Rica it was great to be back at home in Colorado for six weeks and be able to put in a solid training cycle before XTERRA Alabama.  After those early races I was sitting in 2nd overall in the XTERRA Pan Am Series with Jean-Phillip ahead of me but had to race well to keep from guys like Josiah from catching me later in the year once they had more results.  The weather was a bit wacky with some snowstorms and cooler spring weather, which did not help trying to prep for the heat and humidity that we would experience this year.  After the last few years of cooler and rainy weather racing at Oak Mountain we were back to the normal, it wasn’t the worse it has been but it was tough on everyone.  The warm temps did heat the lake up and made for a perfect non-wetsuit swim.  For many guys this was the first race of the year and it was the best chance to see how strong everyone was and the field was stacked. 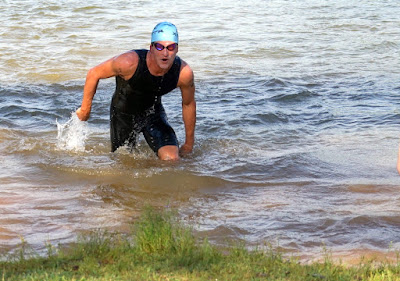 I don’t have the best start speed but can hang tough and tagged on to the back end of the front pack and settled in working to conserve energy but also I had to keep aware to make sure no gaps opened.  Right at the end as we were weaving our way through the back end of the amateur field a small gap opened up to a group of 3 as a few guys started to fade ahead of me.  I pushed the last part of the swim to keep the gap small and was able to speed through transition and moved in to 3rd.
Karsten had a small gap off the front and Veit Hoenle was right in front of me as we rode the short distance to the trails, I tried to get ahead before we hit the singletrack but just missed and then at the quickest opportunity passed Veit, and tried to work to catch up to Karsten.  A couple miles in on a short dirt road section Paco Serrano flew by and I had no chance to catch his wheel.  Viet was strong and rode back up to me but I made sure to get back ahead of him when we jumped on the trails again.  It is important to ride as smooth as possible on the trails
in Oak Mountain, if you rush you make small mistakes and those will cost you time, since I was trying to play catch up I was making small mistakes and continued to loose little bits of time to Karsten and Paco on the twisting single track.  Once on the dirt road climb I had to keep the pressure on knowing that Josiah would be coming hard and there were a bunch of strong riders in Brian Smith, Chris Ganter, Ryan Ignatz and Kieran McPherson that would be working together chasing as well.  About half way up the climb Viet caught me and I tried to limit the gap 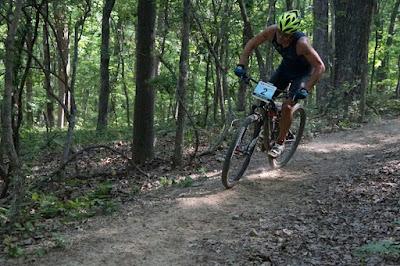 as we continued up the climb.  About ¾ of the way up Josiah caught me and I just didn’t quite have it to stay with him the last bit as it would have been a great wheel to sit on across the top of the ridge before the next single track section through Blood Rock.  Josiah caught Viet right at the top and Viet had the pleasure of sitting on Josiah’s wheel on the dirt road climb across the top.  I tried to use the 36 tooth ring on my SRM crank to my advantage and powered along but Josiah is so 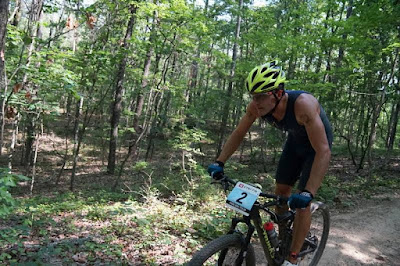 strong there was little I could do to close that gap down.  I nailed the trails through Blood Rock and down the descent, before hitting a new change to the course hitting the flow trail of Jekyll and Hyde.  I managed to catch sight of Viet and knew that I could catch him as the rest of the course demanded better bike handling.  I continued to make small mistakes here and there thought and it took me until the very end of the course to finally catch him just as we entered transition.


I headed out in 4th only 2 min down from Paco, Karsten and Josiah and knew that I would need them to really blow up in the heat to catch them.  Viet ran strong and passed me in the first mile and opened up a little gap but once we got on the trails and small hills and the heat were taking a toll and I stayed steady and cool carrying a iced bottle of EFS Pro and passed him back and put in a little surge so he would not stay with me.  I really pushed the sections of the run when the footing was trickier to continue to gain time.   At the start 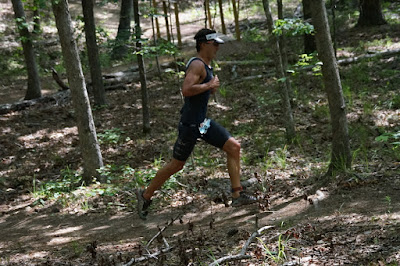 of the second lap Brain Smith was flying and cruised past me I did my best to stick to him but he was on his way to the fastest run split that day and I had to stay sensible in the heat and not blow up.  There are more and more racers on the course and I used everyone of them as little carrots to keep pushing and focused on catch the next one ahead as quick as possible.  I was happy to make it through without feeling the heat that bad and held on to 5th.  I took over the lead for the Pan Am series and will be racing as hard as possible to keep that spot, there is a lot of racing left and anything can happen.  June will be bring more training races around Colorado before heading to Victoria BC Canada for the next XTERRA in July and that will be followed by XTERRA Beaver Creek the following Saturday. 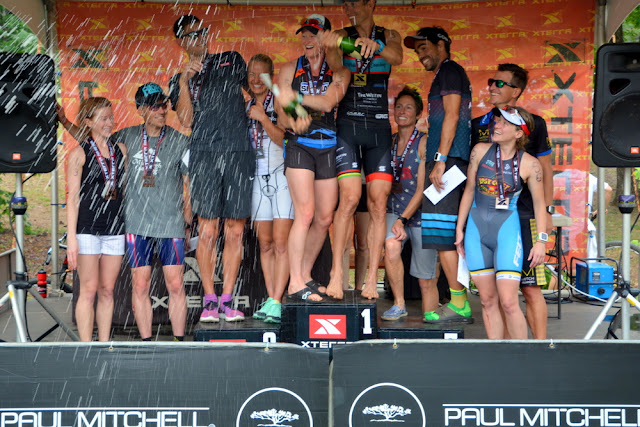 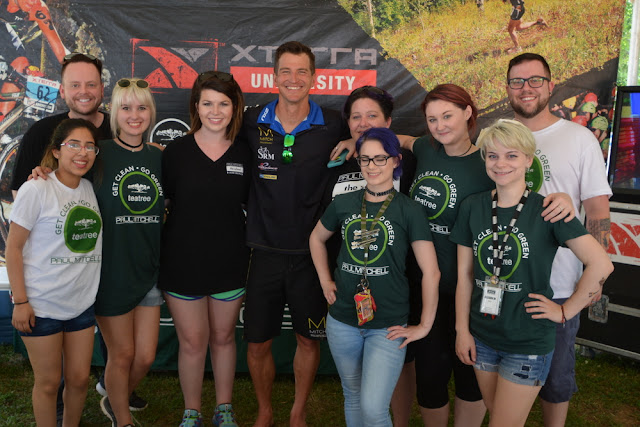