Hard to believe that the winter training excursion to Tucson only has a few weeks left, it really does seem like I just got here.  It didn’t take long to get into a nice routine of workouts and learning where to ride, run and swim.  Staying at Chris Jeffrey’s place has been great and really made this trip possible.  Hunter King gave me a nice tour of Tucson Mountain Park which is only a mile and a half away and there is access to the new Robles trail system and it is easy to get over to the Sweetwater trails as well.  I have made a few ventures out to the Fantasy Island trails and out to the Arizona Trail thanks to Bryce Phinney for showing those trails.  I am looking forward to venturing out to Milagrosa, 50 Year and Catalina State Park before I leave with fellow Springs resident Russell Finsterwald. 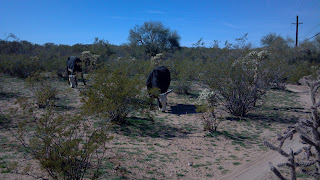 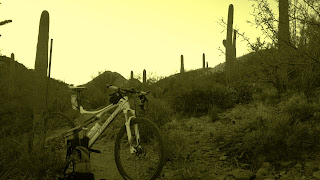 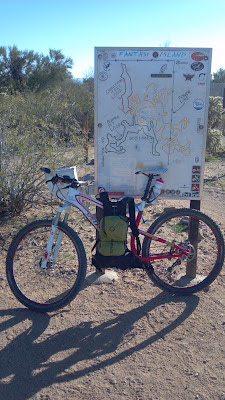 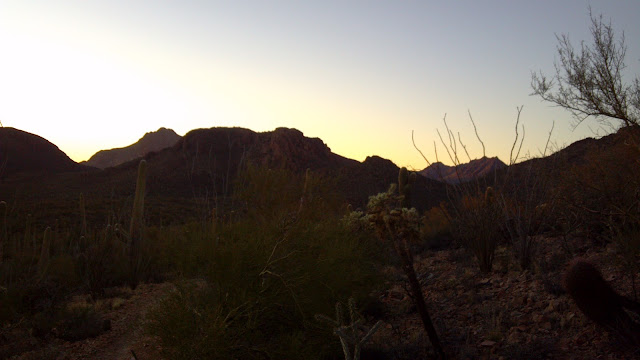 The road riding has been exceptional as well being on the west side of Tucson.  I have frequent rides up and over Gates Pass over to Saguaro National Park, the McCain Loop and Kinney roads which provide some nice uninterrupted stretches for the various intervals my coach James Herrera has prescribed.  The big ride in Tucson is the Shootout, a hard, fast group ride every Saturday morning.  An advantage of living on the west side is its path rolls by the house so it is easy to jump in and not have to head all the way in to town for the start.  With so many cycling and triathlon pros that call Tucson home either year round or just for the winter there is always someone out there that will push the pace and keep things rolling.  My goals for the ride are to stay near the front and out of trouble from potential crashes.  The first couple times I sat in the group pushing as hard as needed to stick in the group, learning the dynamic and route and have slowly progressed in to taking a few pulls up front as my fitness increases.  Its nice having Ben Hoffman, TJ Tollakson, Jesse Vondracek out there as well to mix things up with.  One of the rides in Tucson is Mt. Lemon, 25 mile from the base at 2,500 ft to the peak at 9,300 ft in Summer Haven and the infamous Cookie Shack.  It is a favorite ride for that reason, generous cookie after accomplishing the climb.  Which leads me to probably the only unfortunate thing about a house on the west side, Mt. Lemon is on the east side and is a good hour ride to the base, but it is a nice warm up before the assault, but makes for a nice long ride and good base miles.
Pima Air and Space Museum

The close access to Tucson Mountain Park lets me get a steady dose of hills and trail running without to much strain.  The Santa Cruz River Path is close by allowing for some flat paved runs as well.  I have been swimming with the Ford Masters Aquatics team for the majority of those workouts at the University of Arizona pool which is beautiful facility.  They offer 3 workout times per day, 5:30am, noon and 6:30pm.  Since I don’t have a car (I am very close though) and it is still chilly in the morning and I would need some serious bundling on the scooter or bike so I don’t frequent the early practice unless absolutely necessary.  I enjoy the later 6:30pm practice but with it being dark, dropping temperature at the end of practice and then needing a good dinner afterwards I haven’t attended many.  The noon practice though is awesome, as long as I get moving in the morning I can get in a bike or run before hand then hit that workout and thoroughly enjoy swimming outside in the sun.


Outside of training I have gotten out a few times to enjoy some fun activities as well.  Attending a movie event benefiting local cycling organization, Team Colleen, going to a panel about the Leadville 100 featuring Todd Wells and Nick White.  After one swim practice as well I stayed around being finished for the day and helped time an exhibition swim meet between the University of Texas, Arizona and a few post grad swimmers.  It was great to be able to be sitting right on deck and watch Olympian medalists Matt Grevers, Ed Moses, Amanda Beard and other NCAA champions mix it up at what they do best.  Something I really enjoy doing is watching the best at what they do and this was a prime opportunity.

I am very lucky and fortunate to have such a loving and supporting family as well behind me, though i do the majority of this on my own it wouldn’t be possible without them.  I just finished up a great couple days in Florida with family celebrating my grandma’s 90th birthday.  She is an amazing woman still going amazingly strong and always with a smile.  Her vitality is a testament to her healthy active life that she lives and helped ingrained in my dad and his siblings.  Thank you grandma, none of this would be possible without you and the work ethic, values and optimism you instilled in all those you have touched through your everlasting life.