On the eve of XTERRA Chile I figured I should get this out there.

XTERRA Argentina
It has been way to long since I have updated the blog so here is to hoping I am starting on a right foot this year, I think I say this every year in some form.  I ended 2016 with a big trip to Australia and the ITU Cross Triathlon World Champs and then going on holiday in New Zealand, 2017 is the opposite with a big trip to start the year with a three-week trip to XTERRA’s in Argentina, Chile and Costa Rica.  I had been to South America one other time with a trip to XTERRA Brazil a while ago and was excited to see a couple new countries before returning to Costa Rica.

One of the best parts about racing XTERRA’s is they will take you to places that you would not really think to go and experience and that is certainly the case with the race in Argentina just out side of San Juan at Dique del Ullum.  It is a unique landscape at a man made lake with the foothills of the Andes on one side and the race venue is in a barren desert with hills and ravines all over.  Being in South America in March it is the tail end of their summer and the temperatures were still very warm and the lake was warm as well for a nice non-wetsuit swim.  I started well but could not catch the feet of Jean-Phillepe or Julian Buffe.  The first open water swim of the year always feels long to those of us that do not have the opportunity do it in the off season, but the crew at XTERRA Argentina set a perfect and accurate course.  I worked to stay as smooth and efficient as possible and not let JP and Buffe get to much time.  I lost about 45 secons and exited the water in 3rd with Gonzolo Tellechea just behind.
The bike is two laps and very reminiscent of the old XTERRA Vegas course but a lot more fun.  After a loose gravel ride around the edge of the lake we reached the trails that are short punchy climbs then twisting descents down the ravines, with pumping rhythm sections.  The legs struggled to fire smoothly and I need it with all the moon dust and loose gravel and sand, Gonzolo was floating across everything and I was fighting to keep the bike going and you can’t fight the bike and try to power through in these conditions.  After he got away I was in a back and forth battle with Julian for most of the ride.  There is a brutal steady climb a dry riverbed in loose sand and gravel that really zaps the legs and I continued to struggle just feeling like I was sinking to the bottom while others were floating on top.  The climb does earning a fun twisty descent with sets of whoops and but on the first lap I could not get in to a good flow.   On the second lap Maxi Morales floated by on the loose gravel and sand.  I did get into a good grove and found the flow of the trail and managed to really break free on the last section and earned a little gap heading in to the run over Julian.
The temperatures were climbing and there is no respite from the sun on the barren course, I grabbed small icy bottle of EFS as I started the run to keep hydrated and cool from the inside out.  The run is very hard and a lot of it is a sort of choose your own adventure as there was rarely a defined trail.  Trudging up a dry riverbed that seems to never end, there are a mix of red bags and the red XTERRA arrows lining the course giving a guideline of where to go.  I kept my head up trying pick the shortest line but trying to find the hardest packed earth as I went from one bag to the next.  After a dismal stagger up the river bed I finally reach the peak, I used every bit of traction my Inov-8 X-Talon 212 provided on the steep dusty rolling hills along the top before and heading down another dry loose gravelly river bed spotting one red bag to the next while avoiding long spine cacti.  I was never sure where I was until the last kilometer of the run and it was a very welcome sight.  I was grateful that I did not have to battle anyone coming up from behind and crossed the line in 4th. 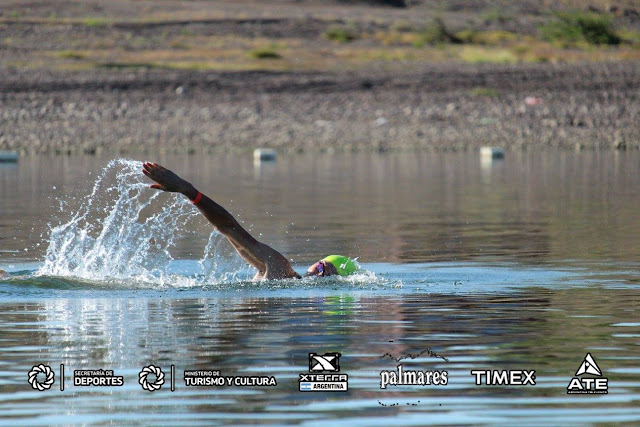 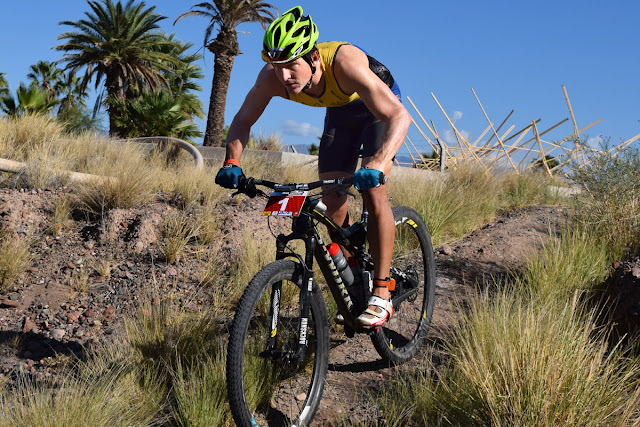 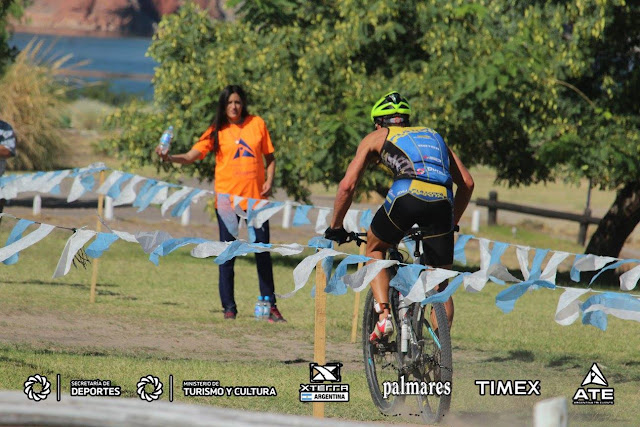 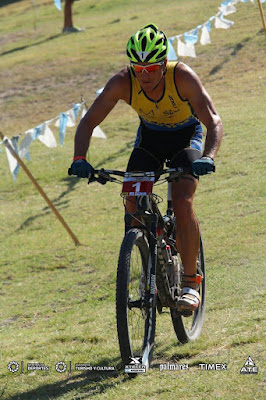 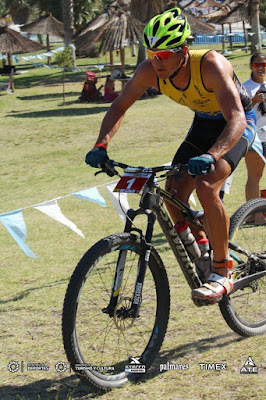 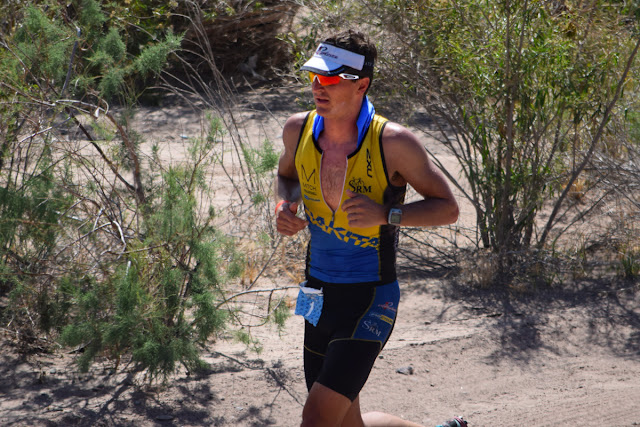