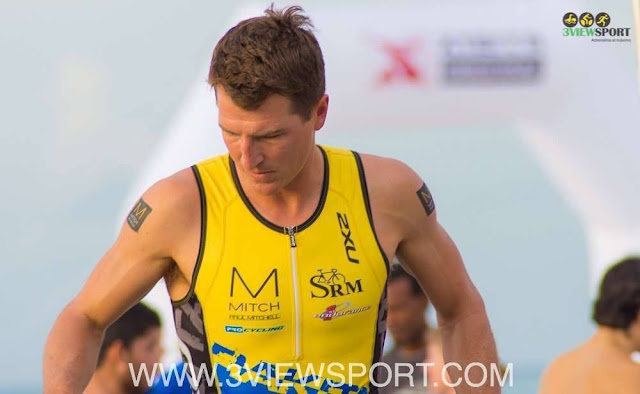 When I saw the new races on the XTERRA Pan American circuit, Dominican Republic really stood out as one that I wanted to do and I can’t recommend enough that you go and race as well.  For a first year race it was well run at a spectacular venue of the Casa Bonita Tropical Eco-Lodge.  The staff and management did everything they could to provide the best experience possible for the racers and I know it will only continue to get better the more the race goes on.
As a first year race we didn’t know what to expect going in but the XTERRA DR crew did a fantastic job using what they had at their disposal for the course, most importantly they have the vision and desire to continue to keep adding more trails and keep improving the race experience.

The race is a beast, with the ocean swim you never know what you will get and on race day it was better for surfing than for swimming that is for sure, as guys were tearing up the waves 200m down the beach from the swim start.  It swells were huge and I was very grateful that we were not having to swim through to many breaking waves.  The start was brutal on a rocky beach as the waves tossed rocks around and you just had to commit and get in to the water.  Once you were past the beach break it was not smooth sailing though as there was probably a 15 foot difference between the bottom and top of the swell so it was very tricky to sight the buoy and the currents made it very difficult as well.  I tried a couple times to surge and get ahead but I was only putting out more effort with no noticeable gain.  I stayed tucked in the front group and did what was necessary to not loose the group. 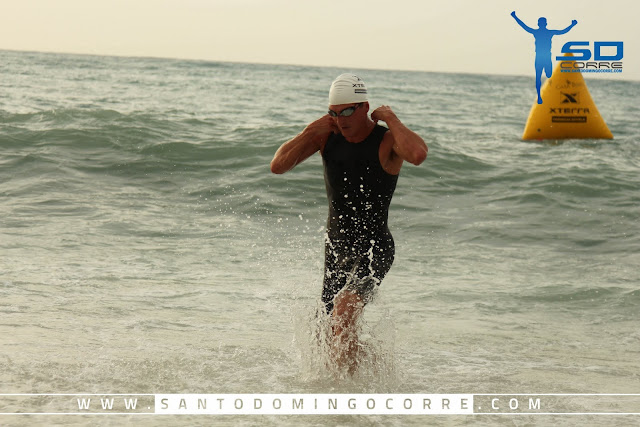 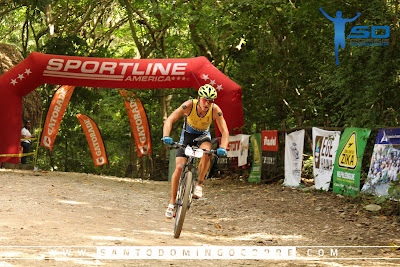 Once out of the water I got a good sense of who was around me; and it was two local guys, and Rom Akerson.  We hit the bike and my plan was to work with Rom and try to stay out front as long as possible.  That plan went quickly out the window with the surprise of Josiah going by 400m into the bike; he swam well and was only just off of our feet.  It was a quick change in mindset and the only thought was getting on his wheel.  The 3 of us rode together to a steep staircase that is ride able
but for the safety of the entire field of competitors the right call was made that we would have to dismount and run/walk down the steps.  There was a grass siding that I knew the bike shoes would get better traction on and planned on running down that, Josiah had the same idea and was a bit more fearless about it and managed to open a gap running down, leaving Rom and I chasing.  We managed to close the gap a little bit since Josiah had to stop to open up a gate but then we reached the hill he really started to open things up.  The hill is brutally steep, you gain about 1000ft in less than 2 miles, everyone is really crawling along up the hill, and many had to walk.  One saving grace was the cloud cover otherwise it would have been even tougher with the sun beating down as you were going 3-4 mph up hill.  To make things a bit tougher there was after a short downhill section it was then a steep hike-a-bike to zap the legs a bit more before you finally go to head downhill. 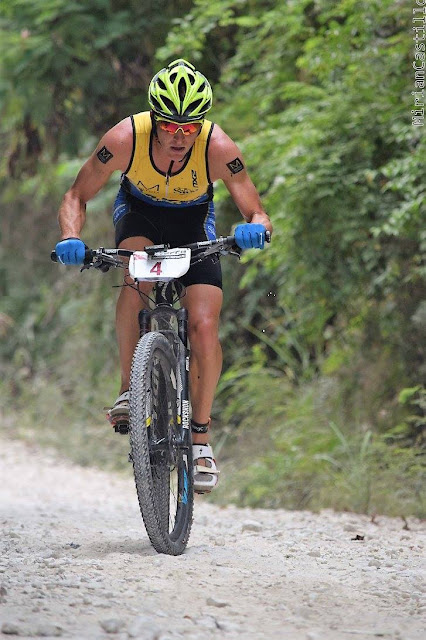 Rom dropped me chasing Josiah and tried to keep him in sight and worked to stay ahead of Kieran McPherson, as I knew I needed time on him heading into the run.  The couple river crossings on the bike were great to help stay cool.  The good and bad thing about the course is that is two loops, you get great encouragement from everyone coming back through near transition but at the same time you have to go up the hill again.  The second time is always a bit tougher but I mentally used the short sprint athletes that had started later as little carrots to catch as I was riding, I felt like I rode the climb stronger and hit the downhill hard.  About half way down I saw Josiah stopped with a flat, he asked for Co2 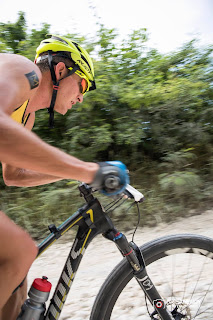 but unfortunately on the first lap my Caffélatex Espresso (a Co2 and sealant that I carry to fix flats) had shaken loose and I didn’t have it any thing else with me.  I was lucky not to flat after I lost that, flats and mechanicals are part of racing and it can happen to anyone you just have to make the best of it and in my case I had to use that to try to gap Josiah so he wouldn’t run my down. 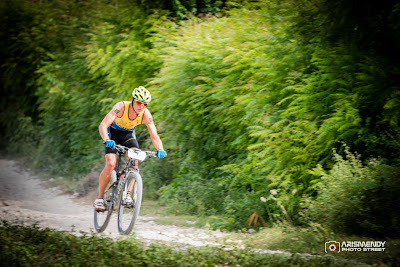 I came in to transition a few minutes down on Rom and didn’t know how quickly Josiah would have gotten going I just pushed on.  The run course is the “easy” part if you want to call it that, though there is not much climbing it is still a gradual climb for 5k and it grinds a way at you before coming back in.  I focused on staying hydrated and was very happy that the run was well shaded in the trees, there were a few times I still considered jumping in the crystal clear cool water of the river that we run besides.   I managed to keep things together well and held my position and finished 2nd behind Rom.


The post race party at the finish line with the wood fired pizza oven and barbecue was great to get refreshed.  The awards were back up at Casa Bonita were we got to sit and relax at the infinity pool for the awards.  This is truly a brilliant place for a racecation.